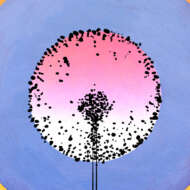 A charity auction event in memory of Olney rugby player Rick Morel, who lost his seven-year battle with bowel cancer last year, raised £43,000 on the night.

When Rick was first diagnosed in 2014, he pledged to raise money and awareness of bowel cancer as a way of giving back for all the support he received throughout his journey.

In 2018 ‘Team Rick’ was born when Rick’s son, Sam Morel took on the London Marathon challenge in what turned out to be the hottest race day in history. Not to be outdone Rick’s stepson George ran the 26.2 mile race in 2019.

“We lost a couple of years due to Covid,” says Rick’s wife Jackie. “But that didn’t stop ‘Team Rick’ member Rhys Ford, who ran a half-marathon around his 10ft x 10ft patio!”

In October last year, just three months after Rick had passed ‘Team Rick’ were back in London bigger than ever. George for the second time, along with friend Eddie Parkin and his brother Will Parkin and a friend Charlotte Simpson, took the baton and did Rick proud.

“We had at this point raised over £30,000 for Bowel Cancer,” says Jackie. “This year the charity offered ‘Team Rick’ nine shirts for the London Marathon and the runners are me, Ollie Bridgman, Tilly Morel, Nancy Morel, Adele Day, Charlotte Day, Charlie Standbridge, Charlotte Simpson and Mike Burley – the 2022 Team Rick!”

The team decided to hold a charity auction event in late June to raise more money for the charity and spread awareness of the disease that affects more than 40,000 people a year.

“The night was full of fun, laughter, drinking and dancing’” says Jackie.” Local band Error 404 provided the entertainment and a hog roast and pizzas were enjoyed by all that came. We raised a staggering £43,000 on the night and are overwhelmed with the generosity, a real testimony to Rick who would be hugely proud of this achievement.”

The London Marathon takes place on 2 October 2022. Any donations to Bowel Cancer in support of ‘Team Rick’ can be made through their Just Giving Page: www.justgiving.com/fundraising/teamrick and are greatly received. 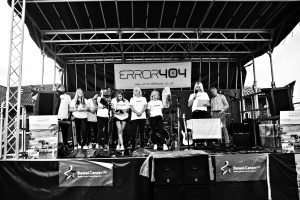